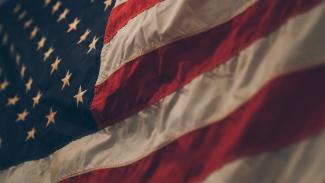 My nation has mourned the passing of our 41st President, George Bush, for the past several days. My United States has lost a real titan of the 20th Century, who was also a true gentleman. I thought it appropriate to vary widely from this site's usual content and say a few words about 41.

When I reported to the Naval Academy in 1991, now President George H.W. Bush was the White House's Occupant.  He delivered the Commencement address that May in Annapolis - a truly memorable event for me as it was the first time I had seen a President in-person.

Individually, any one of the accomplishments would capstone a successful career.  For one man to have done the collective set individually is truly historic, and deserving of a special place in my nation's history.

In 1942, an 18-year old George H.W. Bush volunteered to join his nation's fight in World War II.  In the 20th Century, there was no greater "must win".  After receiving what now would be considered insufficient training (9 months), he was in the air flying combat missions in the Pacific.  We can all learn from his example of service to our country...I know I did.

President George H.W. Bush's re-election bid in 1992 demonstrates that even the best among us can be caught up in difficult circumstances.  Even though he suffered defeat, he left with grace and did his duty to pass the baton to his successor.

I vividly remember being on Watch and listening to his concession speech.  I was a bit unsure of where my United States was headed...uncertainty proven to be completely off-base.  After the election, my outgoing President served his final days with honor.  Reading his letter to #42 is enlightening and inspiring.  We can all learn from his example of displaying the highest dignity under the most difficult of situations.

Presidents tend to age well after leaving office. The inter-party bickering is sort of forgotten and the accomplishments take center stage.  I was always impressed at his vigor - who sky dives for their 90th birthday? President George H.W. Bush's legacy will undoubtedly grow brighter over the years. His successes were our successes. Moreover, his impact is still felt throughout the world.

The United States lost a great man and we are rightfully mourning his loss. Later today (December 6th), my U.S. Navy will execute a 21-Plane Missing Man flyover for our President. I can only imagine the logistics (and turning spares perhaps) involved.  This is a fitting salute to a great man. And truth be told, I wish I was in the formation flying.