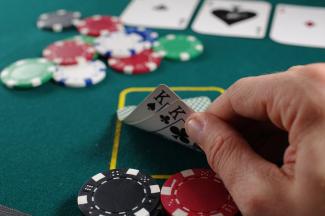 Competing Against the Pros

If you have ever been to a professional sports event – for example, an NBA Basketball game – you quickly realize the participants are on a different physical plane than the rest of us. They’re usually bigger, stronger, faster, and more skilled in their craft than most people on earth…certainly nearly all fans in attendance.

In most endeavors, competing with a professional would be laughable. If I were to seriously play Lebron James in a legitimate game of one-on-one, my simply launching an unblocked shot would be the equivalent of summiting Mt. Everest. Defending him would be an exercise in humility (or futility).

In some endeavors, however, a wily amateur can legitimately compete with professionals. Investing, thankfully since it is so important to our financial independence, is one such endeavor.  Somewhat paradoxically, when a participant realizes his limitations, that same participant becomes ever more capable as an adversary.

Let’s look at the investing record of one of my investing heroes, Chris Davis. I actually met Chris and I consider him to be one of the truly remarkable investors of my time. He runs the Davis Funds, a highly respected investment shop that has delivered significant monetary gains to his investors for a very long time. Below is a summary of his flagship fund's performance record (Source - www.davisfunds.com/funds/nyventure_fund):

Now let's talk about two different interests of mine – golf and poker.  Let’s take golf first.  My Grandfather – a truly special man – taught me to swing a golf club when I was 6 years old.  From there, I played with varying degrees of intensity before focusing quite intently for about a year in 2011.  By focusing, I mean attendance at a PGA Golf Academy in addition to 2-3 weekday practice sessions and weekend rounds.  At the height of my golfing focus, I broke 80 a few times from the novice tees and forgiving rough.  Quite a big leap for me, though by professional standards, light years from the competitive links.

With Poker, I caught the bug after Chris Moneymaker’s remarkable 2003 World Series of Poker run. I played quite a bit, both at home games and in organized tournaments. Of note, I had no formal training other than the probability courses I had taken previously and highlights shown on television.  While I had modest amounts of tournament success and perhaps was near even cash-wise, I quickly realized I had no unusual acumen for the game…nor did I have the time to dedicate to becoming a true professional. To be sure, making a living at Poker is seriously time consuming (and nerve racking I am sure).

Why do I mention these pursuits? Well, with either poker or golf, I will likely never have a prayer when competing against either Tiger Woods or Phil Hellmuth – no matter how much I practice.  With investing, conversely, I stand a very legitimate chance competing with even the great Chris Davis by restricting myself to a very few basic rules:

Bringing this all together, let’s imagine I simultaneously compete over a 20-year period with Chris Davis, Tiger Woods, and Phil Hellmuth respectively. Well, Tiger Woods has won 13 majors – I broke 80 twice from the White Tees.  Similarly, Phil Hellmuth has won 14 WSOP bracelets – I got second-place twice at a 40-person local poker tournament in Lemoore, California.  Enough said on these two pieces of the competition.

With Chris Davis, however, the story is a little different. Chris’ 20-year performance (as of March 31, 2018 in his Davis New York Venture Fund) was an annualized 6.87% return - certainly a fine achievement and quite competitive in the field of investment professionals. Interestingly, the S&P 500 (See Rule #2 Above) performance over the same period was 6.46%. To put more concrete numbers to this drill, if we both started with $100,000, at the end of the contest Chris’ Fund value would be $377,673 and my Index Fund would be worth $349,727.  Clearly, this is quite a different story, relatively speaking, than my poker and golf competitions. And in fairness to Chris, his Fund's 30-40 Year Performance - my idea of the long-term - is exemplary and Index crushing.

What’s noteworthy about this outcome is I am 100% positive Chris Davis works diligently and dutifully day in and day out, certainly with as much effort as Tiger and Phil at their professions. The difference, unfortunately, is for as talented as Chris is, achieving Tiger Woods or Phil Hellmuth type performance consistently in the investing world is exceptionally difficult.  Indeed, the investing ecosystem is far more complex than both golf and poker, thus making outlying performance elusive. Moreover, it’s extremely difficult to predict outperformance in advance...yesterday's winners frequently never have an encore.

Thankfully, for the rest of us not looking to "compete", a bevy of Index Funds exist to assist with reaching our financial goals.  With their low fees, broad diversification, and seeming insulation from the emotional twists and biases to which all money managers fall victim, Index Funds favorably compete year in and year out with the best of portfolio managers.  In truth, I could have selected nearly 99% of ALL money managers with whom to compete and had a similar (or more favorable) result.

You might ask why a Financial Planner would write such an article?  The answer lies within the "Hierarchy of Advisor Value", where Managing Investor Expectations and Behavior in addition to Encouraging Consistent Investment trump Security Selection and Asset Allocation in a Financial Planner's value proposition. Indeed, one of the cornerstones of Financial Planner value is preventing Clients from making poor financial decisions!

Despite their seeming simplicity, the simple rules I laid out above are extremely difficult for most of us to follow in the real world – Rules #4 & #5 are the typical culprits. Staying the course through thick and thin in the investing world can be extremely difficult at times.  Moreover, all of us are constantly influenced by our own emotions, market commentaries, advertisements, and doomsayers predicting a “new normal”, “the death of equities”, and the next recession.  It is the able investor who can insulate herself from these distractions who stands to be the most able competitor, even for the professional investors.  If you don't have the iron will to follow ALL the rules I listed above, perhaps a Financial Planner may be of value to you--don't hesitate to schedule a call with us if we can be of service, or if you'd just like to find out if we're a good fit.